As the thread title - the callsigns of some current flights fail to show in the list view, however they are being transmitted as they show when a report is generated - see the screenshots below for an example and note the two COBHAM flights G-FRAL & G-FRAR .... the live list view says "Aircraft is not transmitting its callsign", however in the report view, they show with the callsigns "AMBER1" & "AMBER2" 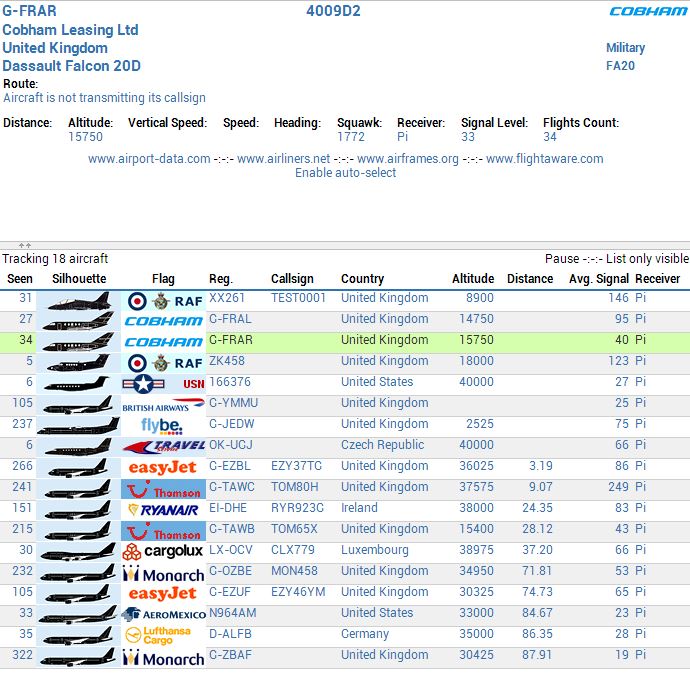