Want to post something that doesn't quite fit into the other forums? This is the place for that.
Post Reply
2 posts • Page 1 of 1

I recently started using VRS and have had pretty good success so far.

The only issue is that the computer I am running off of doesn't always have (or just really slow) internet. So I looked around into storing the map data on the computer itself instead of having to constantly download new ones. I found geoserver and it seems like it would solve my issue pretty good. So i went through the whole process of setting geoserver's geowebcache so that it can give me data in a format that vrs seems ok with.

the issue is, that the map displays in the wrong spot. 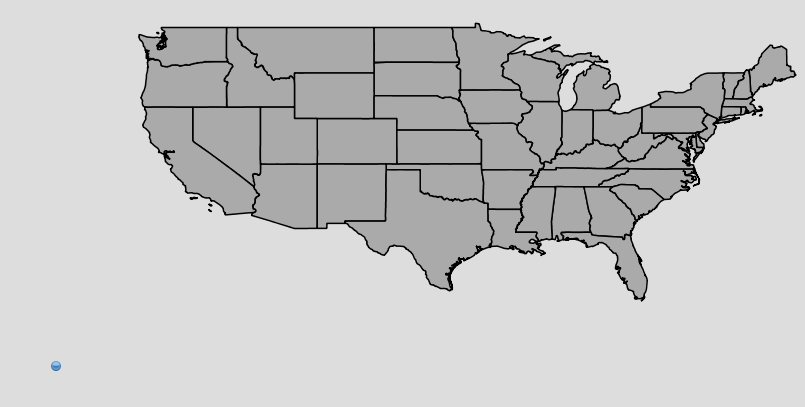 The dot represents my location in the SE USA and the map of states is a demo shape file that geoserver comes with.

here is the TileServerSettings json that I am using. The reason for the {-y} is explained at the bottom of https://leafletjs.com/examples/wms/wms.html . I've tried other data from external WMS and they all map to the same areas. So its not an issue with just the shapefile.

Not sure if there is a setting somewhere either for VRS or geoserver that might solve the issue, but thought I would ask to see if anyone here has been able to successfully integrate the two systems.
Top

Re: VRS and Geoserver

If you're using the release build of VRS then there is no TMS support. However, the latest preview versions for both v2 and v3 include TMS support:

The new options are in the updated TileServerSettings-ReadMe.txt file that gets written to the configuration folder after the first run. They are:

As you can probably guess you will need to add IsTms: true to your tile server settings file.
Top
Post Reply
2 posts • Page 1 of 1